by admin@htglobal in Services. Posted November 1, 2019

The results on the Google voice search has already declared Rahul Sipligunj is the winner of Bigg Boss Telugu 3, three days before Akkineni Nagarjuna hosted reality TV show will have its grand finale.

Bigg Boss Telugu 3 will have its grand finale on Sunday and the winner of the show will be announced on this occasion. But Google search results have already declared Rahul Sipligunj is the winner.

The voting process is still going on through missed phone calls and HotStar App and it will end on Friday midnight. After this process gets over, the makers of Bigg Boss Telugu 3 will get to know about the winner of the show and host Akkineni Nagarjuna would announce the name of the winner on Sunday.

But if you look for the term ‘Bigg Boss Telugu 3 winner on Google voice search, you will be shocked to see the results. It shows Rahul Sipligunj as the winner of the show. His fans are all thrilled over this and using it for campaigning for him.

A fan named shyam mentioned in a tweeted a video saying “Even Google knows the winner of BB3 Telugu … #BiggBossTelugu3 #VoteForRahulSipligunj #RahulSipligunjBB3Winner.

Why is Google showing Rahul Sipligunj as the winner of Bigg Boss Telugu 3?

Many fans of the other Bigg Boss Telugu 3 contestants are wondering over these search results, which they fear might affect the actual results of the show. But the answer to the above question is simple. Several websites have conducted online surveys to predict the winner of the show and published articles based on early trends on those polls.

Interestingly, Rahul Sipligunj is leading the race in almost all the surveys leaving behind the other four contestants with a huge margin. There are several articles on these early trends on online polls. Though the grand finale of Bigg Boss Telugu 3 will be held on Sunday, Google appears to have been confused with these articles.

However, Rahul Sipligunj fans are now busy with heavy campaigns on social media. They are influencing and convincing viewers on why he is greater than others. Shyam tweeted, “Almost all 4 finalists hm’s cried except rahul we can see how strong he is! n took most pain than any1 in the house with 11 nominations which indirectly is 77 days of mental torture. #VoteForRahulSipligunj #BiggBossTelugu3.” 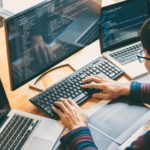