by admin@htglobal in Services. Posted December 13, 2019

The Korean startup scene is celebrating the inauguration of its 11th startup unicorn, giving Korea the fifth most startup unicorns in the world. But despite its continuing rise as a hotbed for innovation in Asia, and now billionaire startups, Korea has lacked a flagship startup event brand in recent years. That changed in the last days of November 2019 when Korea hosted the second ComeUp startup conference as part of K-Startup week.

“A close partnership with the private sector, including the CEOs of several local unicorn startups, ensured that ComeUp 2019 delivered tangible benefits to the local startup scene and beyond,” said the Minister of MSS, Park Young-sun. “Collaboration across borders, such as with our partners across ASEAN, has helped raise startup success rates, and that’s what we’re committed to at ComeUp.”

The week-long celebration of entrepreneurship kicked off with the ASEAN-ROK Startup Expo in Busan, Korea’s second-largest metropolis. It showcased startups from around Asia and highlighted innovation opportunities through intra-ASEAN collaboration.

Attendance at ComeUp 2019 easily surpassed last year, with 4,000 corporations represented, along with 500 VCs, and 20,700 startup representatives. Attendees came from 58 nations, highlighting the importance of Korea as a hub of innovation in Asia.

The event also attracted a high level of interest from startups, both within Korea and abroad, with nearly 200 applications for each available place in the competitions.

Since 2013 the Korean government has been investing up to USD $2 billion per year to foster local startups. Partly on account of this support and Korea’s ability to foster the rapid growth of startups with a robust local market and international investor interest, Korea emerged in fifth place globally in 2019, with a growing roster of 11 tech unicorns.

ComeUp serves as a signal that Korea has also opened its doors to foreign entrepreneurs and aims to expose additional opportunities for global investors and corporations seeking innovation in Asia.

Publicly funded, the event was masterminded by the private sector — perhaps one of its secrets of success. CEOs from startups that achieved unicorn status in the past year (including Woowa Brothers, Yanolja and TOSS) were featured speakers. A panel of 20 of Korea’s most influential startup ecosystem players planned the content and conference format, ensuring an honest, inspired and educational experience for attendees.

In their respective keynote speeches, both Kim Jongyoon of Yanolja and Kim BongJin of Woowa Brothers emphasized the importance of user-centric logic for entrepreneurs. In his speech for the event’s opening ceremony, Kim BongJin pointed out that compared to the number of Korean unicorns, Korean VCs have yet to step up in fostering a more lively startup ecosystem. For example, the latest newcomer to the unicorn club, Musinsa’s recent backing came from Sequoia Capital (U.S.); major investments that helped TOSS achieve unicorn status came from Sequoia China and GIC (Singapore); and Yanolja raised major rounds from GIC and Booking Holdings (U.S.).

The conference paid special attention to eight industries experiencing current rapid growth in Korea and across Asia. They include foodtech, fintech, mobility, beauty & fashion, entertainment, bio & health, edutech & lifestyle, and frontier tech. Researchers and academics from around the world weighed in on the discussions, with representatives from Johns Hopkins, Stanford and Aalto University making appearances.

ComeUp 2019 was hosted from November 27 to November 29 by the Ministry of SMEs and Startups (‘MSS’) and the Korea Institute of Start-up Entrepreneurship Development (‘KISED’).

3 Facts Everyone Should Know About Qualities Of An Entreprenuer February 9, 2020 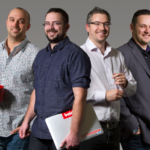 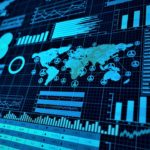