Look out Alexa, Southfield-based IT firm bets future on ‘Sophie’

Look out Alexa, Southfield-based IT firm bets future on ‘Sophie’

by admin@htglobal in Services. Posted February 17, 2020

The Southfield office of a Brazil-based information technology services and outsourcing firm has been adding staff to its 24/7 workplace and beefing up its “corporate artificial intelligence” assistant, who is named Sophie.

The North American headquarters of Stefanini, which reports $1 billion in annual revenues and customers in 41 countries, has been located in metro Detroit for nearly a decade, and since 2017, situated in a Southfield office complex on 11 Mile Road.

Stefanini’s presence in Michigan dates to the firm’s 2010 purchase of Southfield-based TechTeam Global, which provided IT and business process outsourcing services.

Since then, the firm’s 11 Mile office has grown to about 500 workers across three floors. Because the Southfield office also oversees Stefanini’s Asian Pacific market, it operates around-the-clock and never closes

“We are hiring people every single day,” said Spencer Gracias, the CEO of Stefanini’s North American market and a native Brazilian. “Last year we grew 10% over 2018. That was organic growth, and that came with a lot of hiring.”

The firm says its primary artificial intelligence tool is called Sophie, a computer application that applies a language framework to make various IT tasks easier to accomplish. For instance, if a client needs a believable customer service chatbot or needs to scour social media to find coffee-related posts even when the word “coffee” isn’t used, Sophie can step in.

DeVry implemented Sophie as a chatbot —with its own name to reflect the school’s demographics — that interacts with students.

One of Sophie’s creators, Fabio Caversan, relocated to Southfield from Brazil in 2018. Caversan, who is Stefanini’s innovation and AI research director, said Sophie’s first commercial use came in early 2016 and she has since updated to version 3.8.

Sophie is capable of learning, and will become better over time at answering questions or completing tasks, he said. Her name derives from the anglicized, French and Dutch form of the Ancient Greek name Sophia, which stands for wisdom, insight, intelligence, according to the firm.

“We have several cases where Sophie’s been a chatbot,” Caversan said. “But this is more about language. Sometimes we have Sophie reading emails and maybe routing them. Sometimes Sophie is checking social networks, trying to find something that is relevant for a business.”

The firm’s IT services often involve direct contact with those businesses’ customers, such as for troubleshooting or customer service. The firm’s staffers can interact with those customers on multiple platforms, including by voice phone, web chat or through some mobile phone apps.

Stefanini can also supply contract IT workers for businesses, he said.

The firm’s competitors include IBM, Pomeroy and India-based Wipro and TATA Consultancy Services.

Stefanini entered the U.S. market in 2001 with a Florida office. It later grew its presence with two major business acquisitions, TechTeam Global in 2010 and a Richmond, Virginia-based IT services firm called Code X Inc. in 2011. 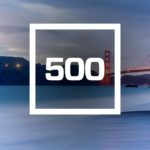