by admin@htglobal in Services. Posted February 18, 2020

Jeff Elkins dreamed that there would be flying cars by the year 2000. When 2000 came and nothing of the sort had happened, he decided that it was time to take innovation into his own hands and created his own version of what he called an “Air-board”.

Using sheet metal, propellers, and joysticks he held it together with screws and began making his dreams come true.

Once he created the basic model, which looked like a spider, all he needed was someone who was willing to strap-in and fly it.

That was when Elkins met Mariah Cain. Cain was a professional Flyboard rider. Flyboard riders do tricks and glide using a board propelled by water jets. A mutual friend introduced them when Elkins, himself, was working for Flyboard.

Now the match made in heaven gets the opportunity to take their dream to the next level. The DragonAir team is one of 5 finalists worldwide who will compete in the GoFly competition at the end of February.

The GoFly competition is a worldwide competition that started out with around 3000 contestants from 101 countries. DragonAir is one of the last five standing. The grand prize is $1 million.

The GoFly Final Fly-Off is scheduled to take place on February 27-29. The location is at the Moffett Federal Airfield in California.

In order to win the Final Fly-Off, the team will have to be the best of the best in four categories: speed, payload, size, and duration. The team has been working daily to accomplish perfection in all four of these categories.

Elkins is optimistic that they have already achieved everything they need to in order to take away the win. He and Cain want to keep making innovative technology that may one day be used recreationally or in first responder efforts.

Brought to you by HunterTech, A fast growing Custom software development company and IT Consulting,IT Services,Product development company based in US,India focused on helping Startups,small to medium size businesses with on demand developers for hire, fixed budget IT Projects.Team has experience in working more than 300+ customers globally. 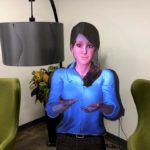 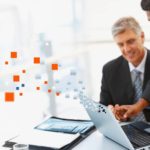